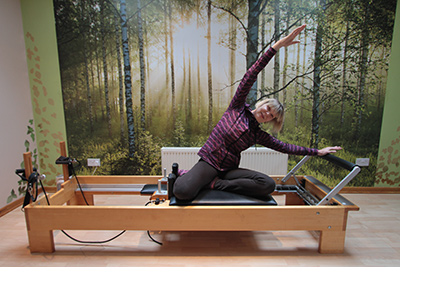 Anja was Norfolk's first Body Control Pilates teacher, and is largely responsible for the growth of Pilates in Norfolk.

Back in 1998, Pilates was unheard of outside of London. Anja promoted the method on local TV, in local magazines and in newspapers.

Since 1999, Anja has built up a successful business teaching classes and private clients, including local celebrities from the worlds of sport and media.

Anja came to Pilates from her nursing and sports background. She studied many 'alternative' methods to prevent injury and enhance performance and personally found 'the secret' of pilates to be the most effectice technique.

Anja studied in London with Lynne Robinson, Gordon Thomson and Helge Fisher amongst others and has since become the eastern region BCP supervisor, mentoring many of the current practising Pilates teachers in the area.

Anja works with Alexander practitioners and has formed close links with many physiotherapists.